The next Kawasaki W175 will be the brand’s most inexpensive motorcycle in the country, with a price tag of Rs. 1.75 lakh. The brochure with the details of this new tiny Kawasaki bike was leaked online.

shortly after Kawasaki teased the upcoming bike in India. The new Kawasaki W175 will compete against competitors like the new TVS Ronin and the Royal Enfield Hunter.

To begin, the new Kawasaki W175 will be powered by a 177 cc air-cooled single-cylinder petrol engine. This engine is expected to have a peak power and torque output of 13 PS and 13.2 Nm.

This bike will come with a five-speed manual transmission. Unlike the Indonesian-spec bike, the Indian-spec bike will have fuel injection. For those who are curious, the Indo-spec version is carbureted. Furthermore, the new India-spec Kawasaki W175 is 2006 mm long, 802 mm wide, and 1052 mm tall. However, the wheelbase is 1320 mm, and the ground clearance is expected to be 165 mm. In addition, the new W175 will have a full load capacity of 12 liters.

The new Kawasaki W175 will also have a lightweight design and a small footprint, weighing only 135 kg. The bike’s front end is projected to be basic and retro-styled, with round headlights, The fuel tank will also be cleanly designed, and the single-seat configuration will contribute to the bike’s beautiful appearance. 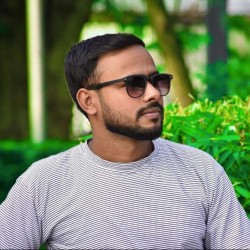