Hyundai Motor Company has confirmed a 2023 launch date for the first electrified model of the high-performance brand N, the IONIQ 5 N. It is expected to become a model that emphasizes the ‘fun of driving’ pursued by the N brand in the electrification era and will become a key model for Hyundai to prove its advanced technology.

Hyundai Motor unveiled two high-performance electric concept cars, the ‘RN22e’ and ‘N Vision 74,’ in its media outlet HMG Journal (September), and revealed intentions to deploy relevant new technology to mass-produced automobiles. The Ioniq 5 N electric vehicle will be released next year. Following the completion of a prototype model for mass production of the IONIQ 5 N, the company recently began a final quality check by performing driving tests on local and international highways using disguised cars. The Ulsan factory will begin mass production of the Ioniq 5 N in the first part of next year.

The exterior retains the N’s dynamic style and colors, which were first seen on the Veloster N and Avante N. It differs from the standard model by having front and rear bumpers that emphasize aerodynamics and cooling performance, big intake vents, and alloy wheels. It’s also worth mentioning that the sky blue and red that represent the N brand accentuate the brand’s individuality. Inside, there’s a steering wheel with boost mode and sports bucket seats.

The powertrain is projected to be the most advanced among domestic electric automobiles. Because Kia shares fundamental components like batteries and motors with its high-performance electric car, the ‘EV6 GT,’ which will be released in the second half of this year, improved performance is predicted through tuning. The EV6 GT is outfitted with dual front and rear motors and a 77.4 kWh battery, producing a maximum of 584 horsepower and 75.5 kg’m of torque. According to its own measurements, the period from a standstill to 100 km/h is 3.5 seconds.

Hyundai Motors is likely to launch the Ioniq 5 N with the RN22e’s groundbreaking new technology, which was presented at the Busan Motor Show in July. For the first time under the N brand, the RN22e employs one front and one rear-mounted electric engine to demonstrate the exhilarating cornering capability of a high-powered electric vehicle, as opposed to an internal combustion engine.

Also included is the front wheel reducer disconnect tech, which is one of the EV-specific innovations based on e-GMP. This is a technology that swiftly shifts between four-wheel drive and rear-wheel drive based on driving circumstances by detaching the front-wheel motor.

We had earlier reported that – India’s new Hyundai electric SUV might have a range of 400+km.

The addition of the N Sound Plus capability is also anticipated. It is a technique that simulates the sound of an internal combustion locomotive. Even shifting sensations that mirror the sound of high-performance automobiles are delivered via vibration with the NE-Shift feature.

On October 7th, a new Hero Vida Electric scooter will be released. Vida electric scooter was one of the year’s most anticipated releases. Know in short about Vida Electric: In the future years, Hero MotoCorp intends to develop a number of EV goods as well as related services. The first official announcement teaser for Hero…

The CEO of Honda India recently stated that an all-new SUV would be launched in India next year. The Japanese automaker is said to be working on 2 SUVs for India. The first is a tiny SUV, while the second is a medium SUV. It will most likely compete with the Tata Nexon, Maruti Suzuki…

Tata Tiago EV will go on the market on September 28th

Tata has stated that the Tata Tiago EV would be available in India on Sep,28,2022. The company has also shown many new EV features ahead of its introduction. including re-gen modes, cruise control, and connected car functions with a smartwatch connection. The Tiago EV will be based on the ICE model. It is anticipated, however,…

The Hyundai Verna is now one of the most attractive and feature-packed cars priced under Rs 20 lakh. Hyundai is actively developing the next-generation Hyundai Verna. And this improved edition will be available in 2023. The 2019 Hyundai Verna will have a broad grille at the front and headlamps similar to the Creta. The new…

Swift’s next-gen will have an upgraded interior and exterior 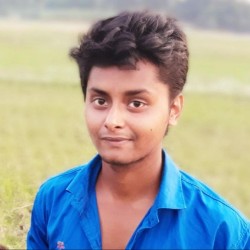